CHANDIGARH: Doctors are essential for any society for they are the life saviours and the medical profession is one of the noblest professions in the world, said Municipal Corporation Chandigarh Commissioner Smt Anandita Mitra. She was speaking at the third free health check-up camp organised by Chandigarh Welfare Trust on the occasion of National Doctors’ Day, in the honour of the selfless contribution of doctors in the service of humanity during the COVID-19 pandemic. 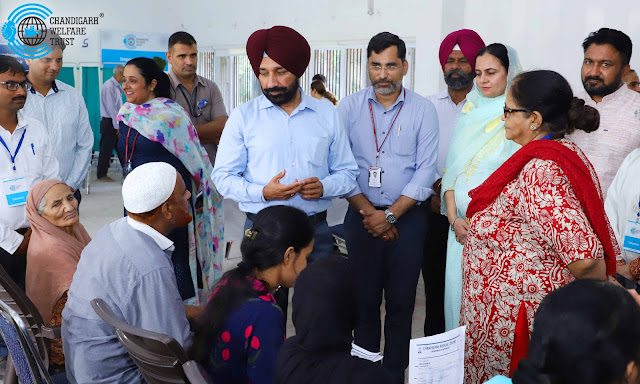 The camp, organised at Community Centre Manimajra, Sector 13 in collaboration with Resident Welfare Association Manimajra and Maxx Hospital Mohali, was formally inaugurated by Mitra with paying tribute to Dr Bidhan Chandra Roy, whose birth anniversary is observed as the National Doctor's Day in India. 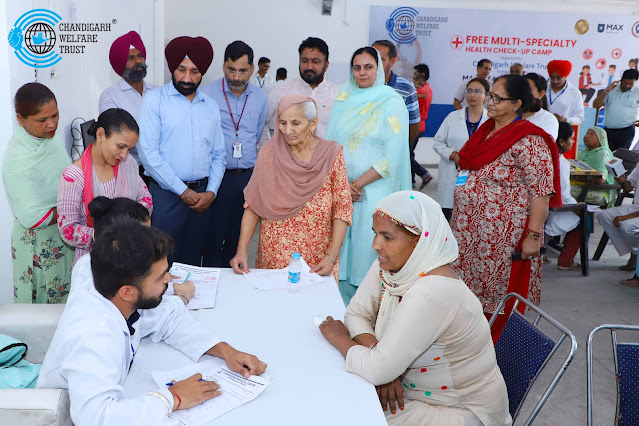 During the camp, the expert doctors provided health services to more than 500 people including free medical check-up and awareness about prevention of various diseases. The camp particularly conducted various tests and examinations including Heart Diseases, Thyroid, Bone Density Test, Lipid Profile Test, Diabetes, diet counselling, physiotherapy, weight loss and blood tests were conducted. Apart from this, 30 other health services including guidance on heart diseases, diet counselling, diziotherapy, weight loss, eye check-up were also conducted. The volunteers of Chandigarh Welfare Trust studying in the field of MLT, Dietetics and Nutrition, Nursing, Optometry and Physiotherapy at Chandigarh University were also present on the occasion, who took care of the patients with dedication apart from rendering their services for the successful organization of the camp.

Speaking on the occasion, MC Commissioner Anandita Mitra said that medical profession is considered to be one of the noblest professions. 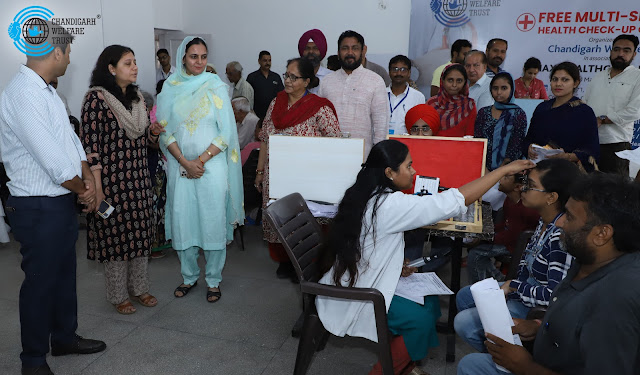 “Doctors have been given a high status in our society, compared next to God. This profession is considered to be one of the noblest professions in the world. In no other profession, we are able to contribute as much as a doctor does. Doctors are essential for any society for they are the life saviours. The Covid-19 pandemic has shown that when the entire world was threatened, the doctors were putting in the selfless service for the society and its welfare,” she said.

Noting that the huge gathering at the camp reflects that people will take benefit of healthcare facilities if provided to them at their doorsteps, Mitra said that the efforts of the CWT towards the well-being of the residents of the city are commendable by providing free medical examination, counselling and medicines and expressed her gratitude for the Trust.

“On National Doctors’ Day, I thank each and every doctor for their selfless service rendered by them. I also urge CWT to organize the next camps in the villages and peripheral areas of Chandigarh, because the villagers need such free medical facilities, despite the presence of PHCs and CHCs,” she said.

Mitra also urged the Nursing Institute of Chandigarh University to run such free health check-up camps in the entire city, and assured that the administration would extend full cooperation to it.

Mayor Sarabjit Kaur appreciated the CWT’s resolve to make the city dirt-free, clean and prosperous and said that the aim of the camp was to create awareness among the people about health and provide them free medical facilities, counselling and medication as needed. 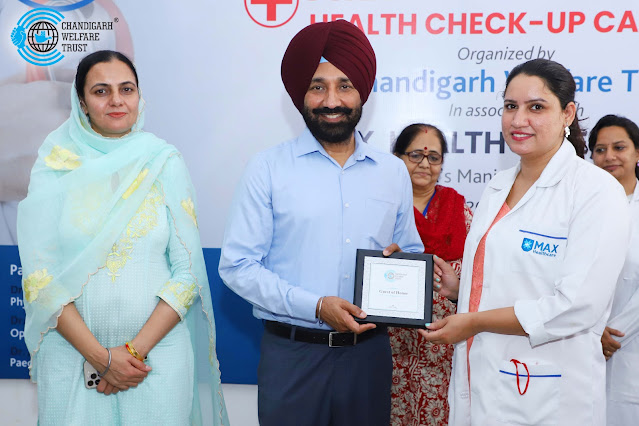 “The Chandigarh Welfare Trust is truly sensitive for the development of Chandigarh and the welfare of its residents. The residents of the Mani Majra village are especially rejoiced after receiving all these facilities under one roof, which they do not get easily,” she added.

Emphasizing on the need for health awareness, the founder of CWT, S. Satnam Singh Sandhu said that the Sustainable Development Goals set by the United Nations aim to maintain good health and well-being globally by 2030.

“Along with this, the Chandigarh Welfare Trust also aims to reduce premature mortality due to non-communicable diseases, and promote mental health and wellness through awareness and treatment,” Sandhu said, and added that all the Residence Welfare Associations of Chandigarh city are fully cooperating with the Trust in reaching out to the people in essential areas.

“Doctors are given the status of God in our society. They have been at the forefront of the welfare of humanity during the COVID-19 pandemic and the Trust has organized a health check-up camp in their honour on the occasion of National Doctor's Day,” he said.

“The objective of the CWT is to make Chandigarh clean and prosperous and make it as a model to follow for other states. The well-being of the residents is the basis of the prosperity of Chandigarh and in view of this, the CWT has organized the third free health check-up camp in Manimajra today,” he added.

Stressing on the need for timely detection and early treatment of various ailments, Dr Sumit Khetrapal said, “Many times, we knowingly or unknowingly ignore the symptoms of uneasiness felt in the body. After some time, by the time we undergo medical examinations, those symptoms become out of control and take the form of a serious disease. This is why getting our medical examination done from time to time is so important. Also, awareness about the disease and its screening modalities is equally important for early detection of the disease.”

Hailing the CWT for taking the lead in organising this camp, Khetrapal said that such health camps must be held more frequently as these help a lot of patients, who are financially weak.