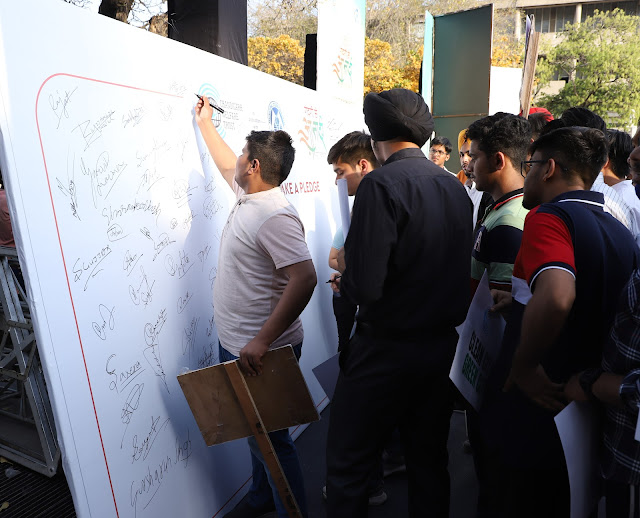 The rally which began from Sector 17 Chandigarh went through different sectors where volunteers educated the role of citizens in Swachh Bharat Mission. The rally concluded at sector 17 plaza where a musical tribute to SAHID BHHAGAT SINGH , RAJ GURU and SUKHDEV was given to mark the 91st Martyrs day. The 23rd March is observed as National Martyrs Day all over India to pay homage to 3 national heroes who on this day in 1931 laid down their lives for India’s independence. 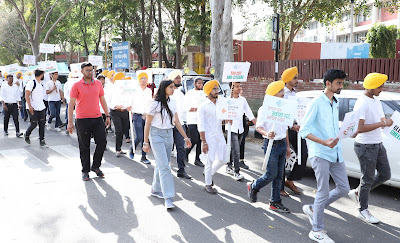 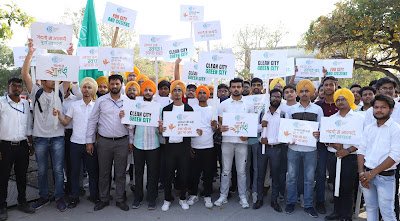 While giving details of the mission launched today, SARABJIT KAUR, Mayor Chandigarh said,”Chandigarh Welfare Trust is running cohesively along with municipal corporation to improve the status of the city beautiful in swachh bharat mission. The volunteers of CWT is currently going door to door covering the entire city educating people about their roles and responsibilities which they have to discharge to make the city clean and green”. 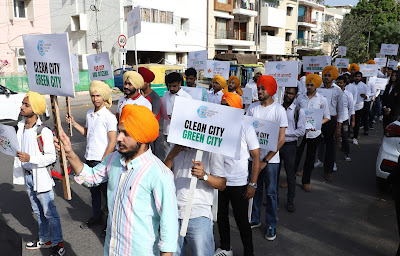 At the flag off ceremony, Satnam Singh Sandhu, Founder, Chandigarh Welfare Trust, “The real tribute to Shaheed Bhagat Singh is to participate in Nation Development Activities such as Swachh Bharat Mission”. It is duty to every citizen to contribute in making Chandigath-The City Beautiful one of the leading cities of India in Swachhta, Ease of Living, Ease of Doing Business and Health Index, added Satnam Sandhu. Speaking on the occasion, Shalini Chetal, Joint Commissioner, Municipal Corporation, “We are inviting every citizen to be part of this mission Gandagi Se Azaadi and contribute in making city reach the top spot in the Swacch Bharat Rankings 2022”.