Over 1000 volunteers to reach out to entire Chandigarh, make citizens aware of their roles and responsibilities in Swachh Bharat Mission 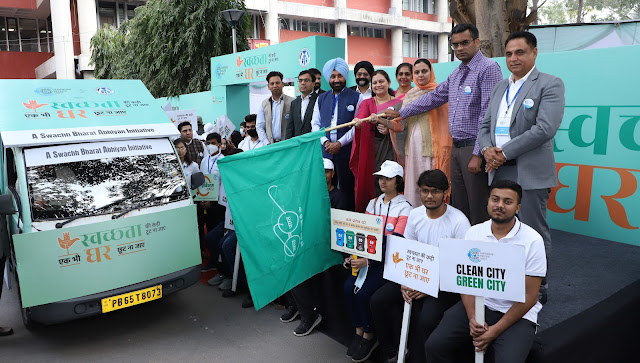 CHANDIGARH: The NGO Chandigarh Welfare Trust (CWT) in association with Municipal Corporation Chandigarh today launched a special campaign to spread awareness among the citizens about the Swachh Bharat Abhiyaan, with an aim to restore and promote the glory of Chandigarh as the City Beautiful, and reposition it as the best city across the country in the cleanliness rankings. 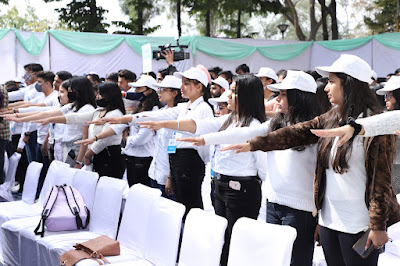 More than 1000 volunteers of the Chandigarh Welfare Trust in collaboration with the Municipal Corporation Chandigarh would reach out to the entire city including all the sectors, industrial areas and all the villages from March 7 till April 7, making them aware of their responsibilities on maintaining cleanliness of the highest standards in the city. The citizens would be apprised of importance of cleaning places such as water tanks, school toilets, hospitals, public places, parks, bus stands among others, besides the crucial need for segregation of garbage waste. 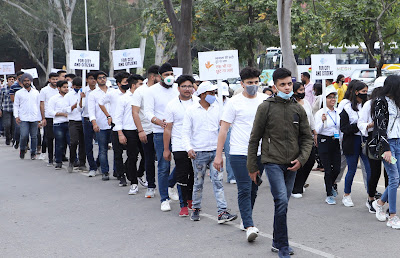 “Every possible effort is being made by the Municipal Corporation to improve the sanitation of Chandigarh. Today’s campaign conceived and launched by the Chandigarh Welfare Trust in association with Municipal Corporation will definitely play a pivotal role in re-establishing the past glory of Chandigarh, besides making it as the top performing city in the Swachh Bharat Abhiyaan across the country,” she said.

Lauding the initiative of Chandigarh Welfare Trust, Municipal Commissioner Anindita Mitra (IAS) said that this campaign will provide a remarkable impetus to the Municipal Corporation's commitment to make Chandigarh as the cleanest city in the entire country.

“The idea of making the citizens aware of their roles and responsibilities will lead to a massive transformation of the city and its sanitisation and will immensely aid our efforts to bring Chandigarh to the top. Every citizen must contribute to the success of the campaign by building collective solidarity for a better change,” she said.

Speaking on the occasion, founder chairman, Chandigarh Welfare Trust, S. Satnam Singh Sandhu, said that the NGO was established with the sole aim of restore and promote Chandigarh’s glory, and to restitue it as a model of development for other cities in India and elevating its standing among the cities of the world. While giving details about the month long awareness campaign, Sandhu added that more than 1000 volunteers would take part in the first of its kind campaign which will cover 3 lakh households, commercial sites and connect more than 12 lakh citizens of Chandigarh to make them aware about the roles and responsibilities that every citizen have in the Swachh Bharat Mission.

He further added, “Chandigarh Welfare Trust is working on different aspects to achieve our objective and this special awareness is the first initiative in this direction. With the support of Municipal Corporation and active participation of citizens, the NGO will definitely put Chandigarh at the top position, in terms of its performance in Swachh Bharat Abhiyaan”. Many more initiatives will be taken by the NGO in future, focussing on education, gender equality, good health and wellness, economic development, poverty and climate change, for the betterment of Chandigarh and its citizens, he added.