CWT committed to improve health services in the City Beautiful

CWT committed to improve health services in the City Beautiful; to organise 20 health camps in next 3 months

CHANDIGARH: Asserting that while Chandigarh is among the developed cities of the country, but requires attention in certain areas, Chandigarh Welfare Trust founder and Chandigarh University Chancellor, S. Satnam Singh Sandhu announced that the Trust will organise more than 20 free health check-up camps in next three months, with added focus on the peripheral villages which are still deprived of basic healthcare facilities. 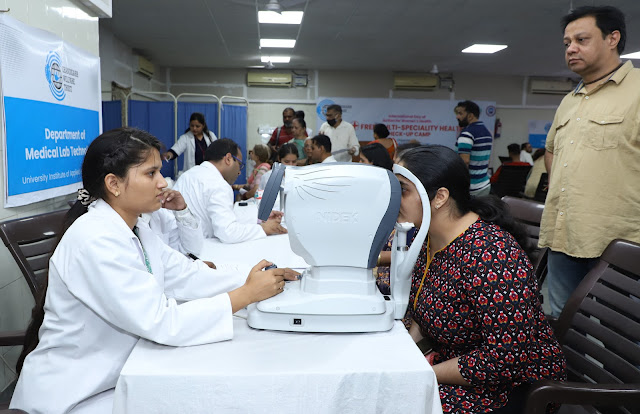 The camp was inaugurated by Chief Guest Sarabjit Kaur, Mayor, Chandigarh Municipal Corporation. Jasveer Joshi, Councillor, Ward 24, Chandigarh, Sharad Sharma, President, CHB and Residence Welfare Association Sector 42, were among other dignitaries who were present on the occasion while Orthopaedic Surgeon Dr Ravi Gupta and Dr Neha Mittal, Neurologist, from Fortis Hospital Mohali led the team of doctors from the hospital including Cardiologists, and Gynaecologists, even as volunteers of Chandigarh Welfare Trust studying in the field of MLT, Dietetics and Nutrition, Nursing, Optometry were also present on the occasion. 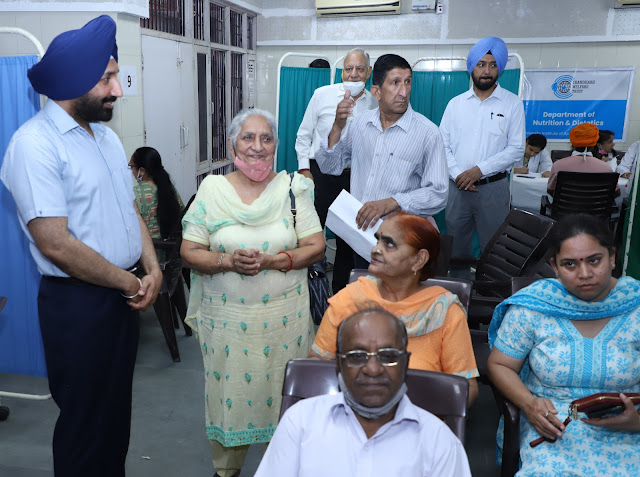 In the camp, more than 500 people availed various health services under the guidance of expert doctors from Fortis hospital. The camp particularly focussed on women, and various tests and examinations including Thyroid, Bone Density Test, Lipid Profile Test and blood tests were conducted while emphasis was also laid on the diseases troubling elderly and children. Apart from this, 30 other health services including guidance on heart diseases, diet counselling, diziotherapy, weight loss, eye check-up were also conducted. 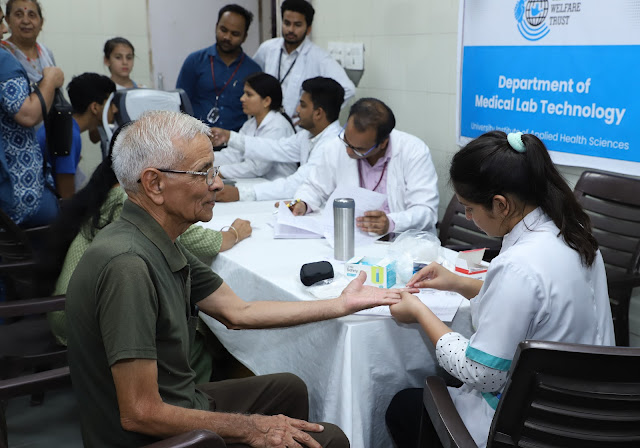 Speaking on the occasion, S. Satnam Singh Sandhu said that it was without any doubt that Chandigarh is one of the most developed cities of the country, flourishing in most of the aspects but there are still certain areas where there is a lot needs to be done.

“In certain areas of the city beautiful, especially in the periphery, people are still deprived of the basic healthcare facilities. Similarly, there are womenfolk who usually ignore their health while taking care of the family. Then there are elderly and children, whose health is also be taken extra care of,” he added.

Sandhu said that the Chandigarh Welfare Trust remains committed to bring Chandigarh back on the top of the National Health Index, where it had slipped to second position in 2019-20.

“The Trust has been working in this direction and has been organising such health camps in various sectors of the city, in collaboration with the government and the administration. After the success of the first health check-up camp in Sector-63, a second camp has been now been organised in Sector-42. In next three months, more than 20 such health camps will be organised, with added emphasis on peripheral villages,” he announced, adding that the Trust will also be organising blood donation camps to combat the blood shortage across the Chandigarh.

In her address, Mayor Sarabjit Kaur said that Chandigarh Welfare Trust is truly sensitive for the development of Chandigarh and the welfare of its residents. Praising the efforts of Trust, she said that the aim of the camp was to create awareness among the people about health and provide them free medical facilities, especially the women.

Speaking on the occasion, Dr. Neha Mittal, MPT (Neurology) said, “In India, women, especially the housewives, are not as aware or even sensitive about various health ailments that they suffer from. Through this camp, the focus was put on spreading awareness about this issue among the citizens of Chandigarh, wherein women folk as well as the men were sensitised about the importance of regular health check-up."

"This camp focussed on women, elderly and the children. Women folk, especially the middle age ones, develop a number of health complications. Therefore, in this camp, we conducted a number of tests and examinations especially for women only", said Dr Ravi Gupta, Director- Orthopaedics, Fortis Hospital Mohali.