Chancellor Chandigarh University and Founder of Chandigarh Welfare Trust (CWT) addressing the students during the Youth Conclave 2023 at the campus of Panjab University, Chandigarh said, “Youth has a major role to play in contributing towards nation building, and we are fortunate that India has tremendous youth power in terms of highest youth population in the world.” He was speaking as the chief guest during the Youth Conclave organized by Akhil Bharatiya Vidyarthi Parishad (ABVP), Chandigarh at the Law Auditorium of Panjab University. More than 800 students and ABVP volunteers of Panjab University participated in the Youth Conclave which was being organized to mark the celebration of the National Youth day commemorate the 160th birth anniversary of philosopher and social reformer Swami Vivekananda. Vijay Pratap, ABVP North Zone Organizing Secretary; and Chetan Mittal, Senior Advocate and Former Solicitor General of India, were also present on the occasion. 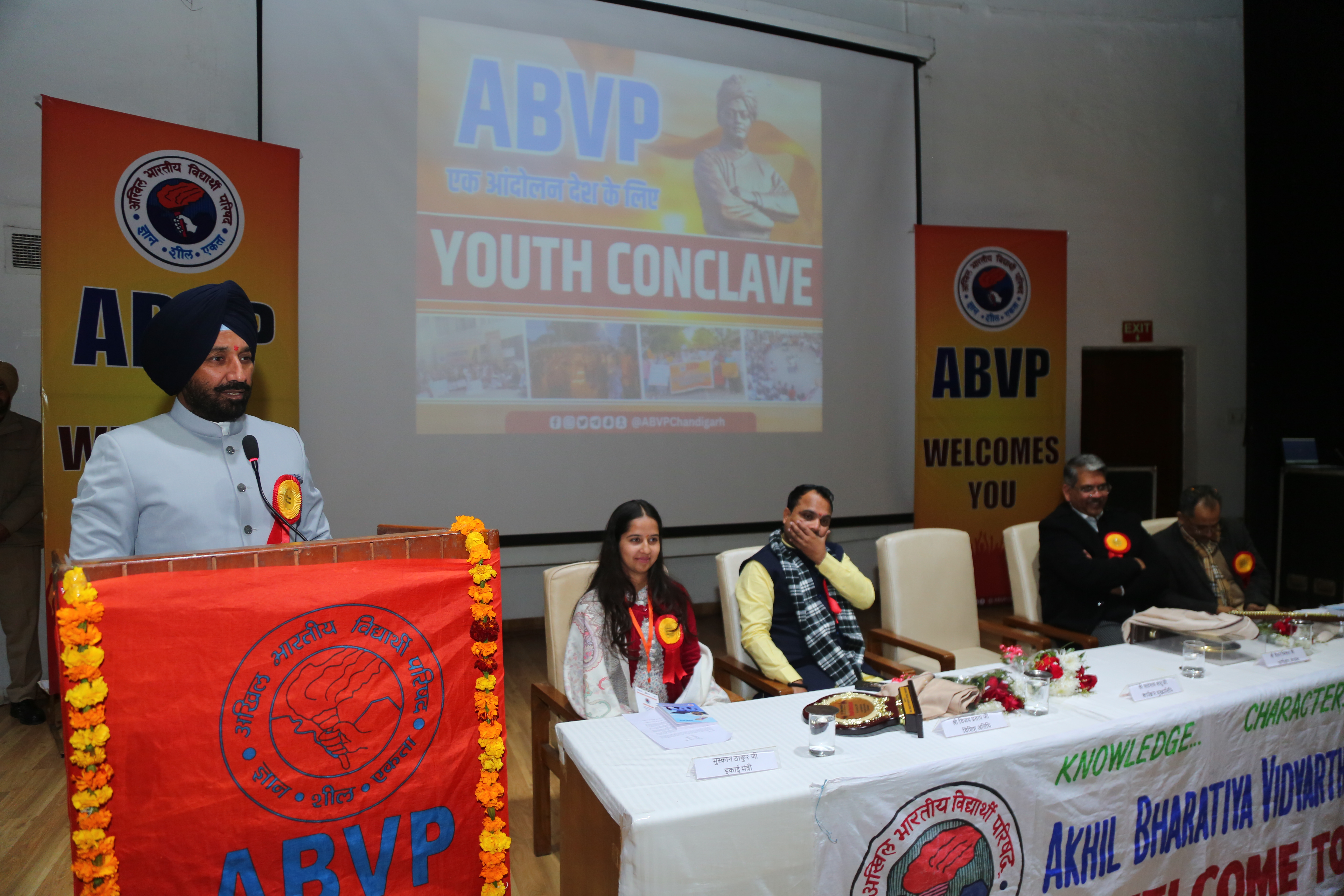 While delivering his address, Satnam Singh Sandhu said, “On the occasion of 75 years of Independence (Amrit Mahotsav), our Prime Minister Narendra Modi has given the nation a dream to become a developed nation by 2047. That is in next 25 years, which is Amrit Kal. Every stakeholder has to play a major role to realize this dream.”

Describing youth as the future of the nation, Sandhu added that universities and colleges are the breeding ground of the next generation political leaders, administrators, professionals, corporate leaders, entrepreneurs. Therefore, it is necessary to inculcate the spirit of nation building amongst the youth right from the school and college level. 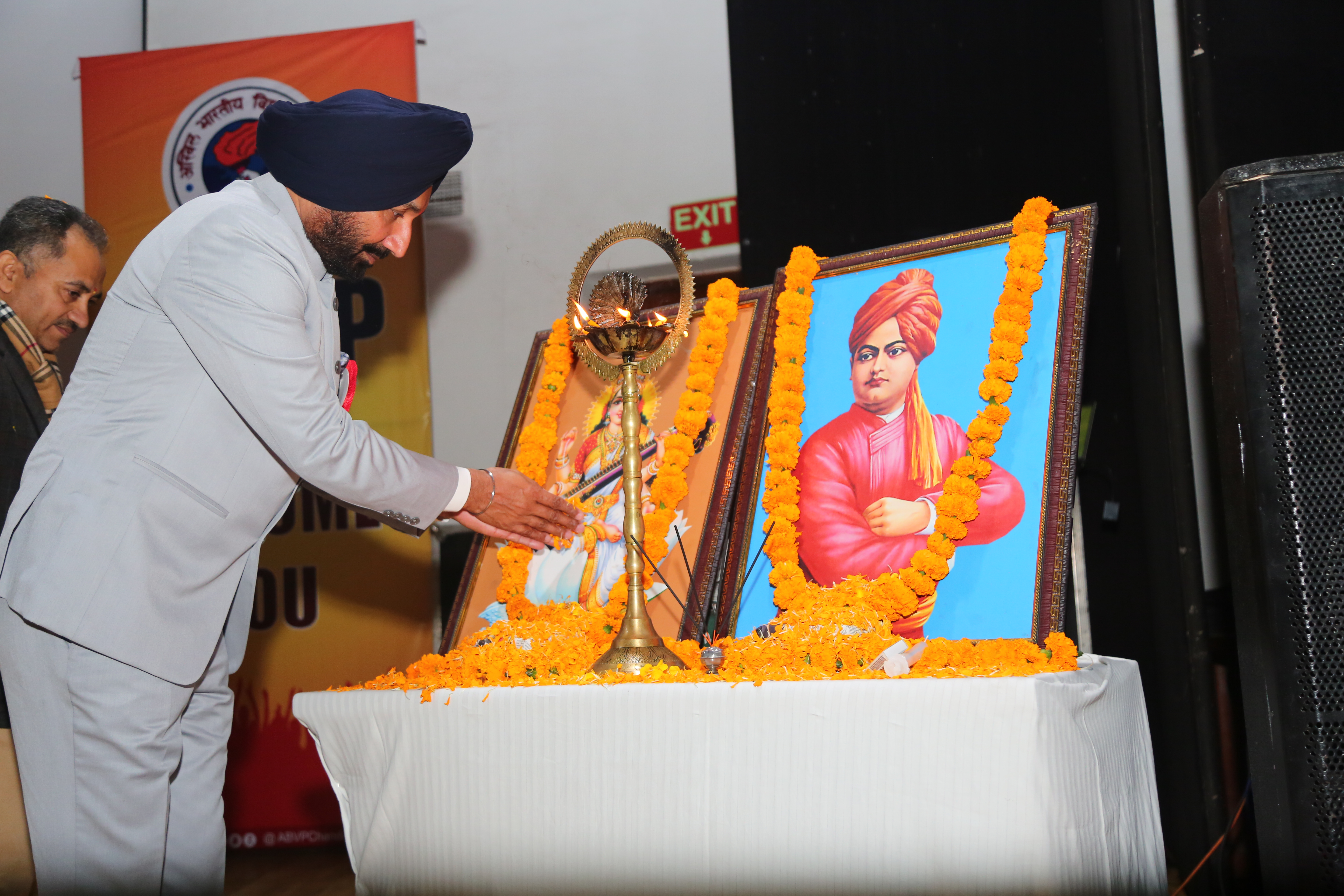 Talking about the various initiatives taken by the government under the leadership of PM Modi, Satnam Sandhu said, “India got its new National Education Policy after a gap of 34 years. The NEP does not just offer the flexibility in learning but also lays a strong foundation to prepare today’s youth for future. It focuses on emerging technologies like Artificial Intelligence, Block Chain, Cyber Security, and others, which will generate futuristic jobs in upcoming years.” 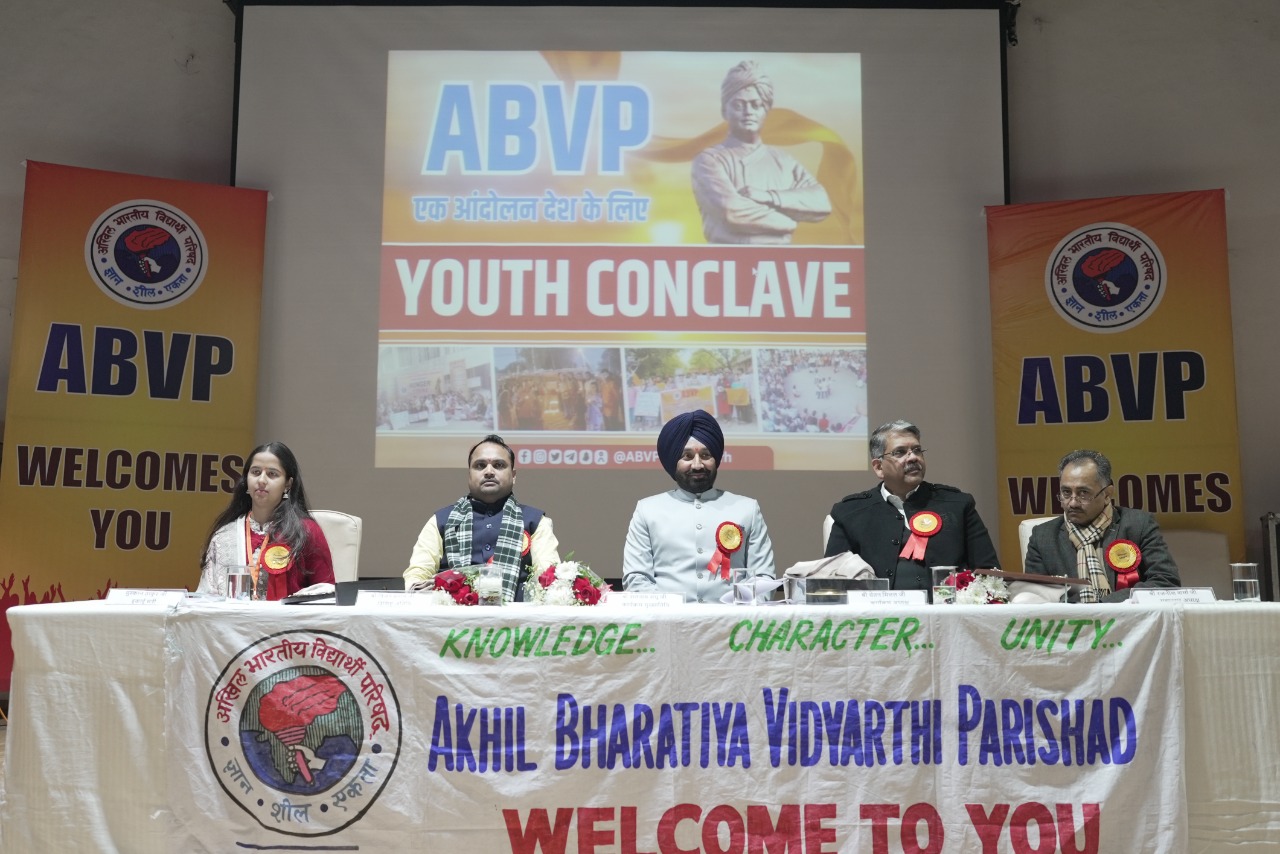 While speaking about the new opportunities for women, Sandhu said, “During the last eight years, landmark decisions have been taken by the government for the welfare of daughters of India. Opening of opportunities in different courses for girls, abolition of Triple Talaq, providing equal opportunities for women in education, starting ‘Beti Bachao, Beti Padhao’ initiative to improve the sex ratio in the country, offering entrepreneurship opportunities to women through Mudra Loan, and several others.”

Today the world is looking at India for getting solutions to the global problems as India has the highest number of youth population in the world. So, therefore, it is important for the youth to play their necessary role in making India a global power, Sandhu added. Satnam Singh Sandhu undertook pledge from the students to contribute in nation’s development at the end of the youth conclave.